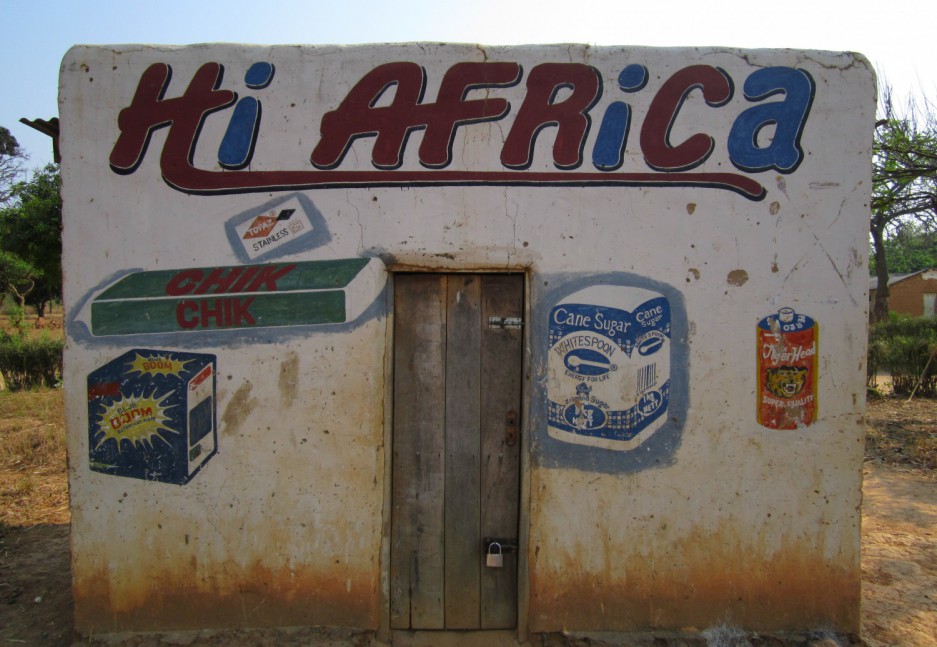 A few weeks ago, I sat in my doorway at dusk, eating the meal I’d made myself for dinner. As I finished it, my seven year-old neighbor walked by, firmly grasping a live chicken with the grip of an expert. Earlier, she’d sat with me on my porch, watching me crow with victory as I managed to flip over my sandwich without splitting the bread. Now she glanced at me as she passed, giving me a friendly, professional nod.

Just a couple of gals cooking.

Zambian children cook, build fires, fetch water, sell brooms at the bus station. They stand along the main roads at intervals, holding aloft live chickens for sale to passing cars, or mushrooms, groundnuts, pineapples. They come to school with no buttons on their uniform shirt, and discreetly hold the front together. They don’t come to school at all. They climb the mango tree in my yard, and knock the unripe fruit to the ground with a thud. They twist my hair around their fingers, and examine its color with undisguised curiosity. They help me hoe my garden with bare feet, and smile at me politely when I beg them to watch their little toesies around the hunk of metal they are beating into the ground. They laugh at me when I dance. They laugh at me when rats get into my roof at nightfall, and I run outside with a broom and a lamp. They make affronted tsk-tsk noises as they watch me swing my cooking brazier to heat the coals, and briskly take it out of my hands to do it properly.

They also watch me. They watch me walk and talk, cook, text, go through suitcases to find the shirt I want to wear tomorrow, wash silverware, breathe in and out. No move is unscrutinized. “Bye!”, I eventually have to say. “It’s time to go.” They leave reluctantly. “KIDS,” I want to say, sometimes. “KIDS, PLEASE, I JUST WANT TO READ THIS YEAR-OLD COPY OF THE NEW YORKER I FOUND WITH MY DOOR CLOSED.” I recently set aside most of a Saturday to sit down with a book I’d been wanting to read for some time. For hours, I heard their voices in the yard, wondering what I was doing in there. Four or five times, I opened the door and poked my head out. “Bena kutaanga,” I said (“I’m reading.”) “Ohhhh,”they said, with confused resignation. Ten minutes later, they were back. And how could I blame them? Watching me bumble through my days is entertainment at its finest.

Zambian children conjure up toys out of nothing. Spare tires. Sticks. Wire. They make sturdy, fully functional jumping ropes from flower stems and vines. I gave my neighbor a piece of bright yellow string, left over from tying up my mosquito net, and five minutes later she had secured it to a branch and was running through the yard, whipping it through the air with joy. I recently saw one of my host brothers, Stan–a maniacal six year-old with a heart of gold–dragging along approximately ten tree-length branches he had lashed together and draped with tin cans. I feel certain that this represented a car. (Every day, I look at Stan and say: “Stan, I love you.” I love Stan. Sometimes I cannot believe that fate kept me from Stan for so long. Stan locked me in my house last week, and after I convinced him to let me out, and stepped outside, I told Stan that I loved him. [Then I told his mother.])

The family I stayed with during my training included a nephew, Gift. One day, he and a friend constructed kites out of sticks and a plastic bag they found on the ground. These were precision instruments, and they worked perfectly. I told him about my friend Emily in America, and how she made kites, too. He painstakingly built a new kite from start to finish, pausing from step to step so I could photograph the whole process for Emily; he wanted her to learn from him. When we were done, we ran through the yard and let the wind catch the kites and fly.

Gift has, I believe, a mother but no father. He does not go to school, but instead herds cows. He is around 10 or 11. His English is incredible.

Very often, a conversation with a child reveals that they have only one living parent, or none. This comes to light after the preliminaries–what is your name? How old are you? In what grade? Where do you live? Friendly questions, proffered with a smile to put the kiddo–to whom you initially seem so completely other–at their ease. Then they tell you that their mother is dead, or their father, or both. “I’m so sorry,” you say. For what more can be said? I have had a thousand conversations with American schoolchildren, but I have never had this one. There is no way to prepare for it, be it the first time you have it, or the fiftieth.

I was in a friend’s village, and we were sitting with her host mother on a mat outside her home. A girl of four sat on the mat with us. One of her eyes was weeping a white substance. The sun was very low, so it was difficult to see what the issue was. After the girl scampered off, my friend’s mother said: “She is positive.” She meant that the four year-old girl had AIDS.

I have struggled with the concept of “everything’s relative”during my time here. How can that be true, when one child’s parents are both dead, and one child’s parents are not? How can that be true, when this child had one meal today, and this child gets money under her pillow from the Tooth Fairy? How can that be true, when this child has a fully-staffed emergency room team waiting in the wings for any medical need, and this child died when he pulled a pot of boiling water onto himself from the fire? I’m not trying to be reductive. Life is difficult for different reasons. My life is hard now in ways that it was not before, but the reverse is also true. It’s not a contest. There is no place without complexities and pitfalls, poverty, broken hearts, bad faith. But on one point I feel clear: the daily life of many an American child is a soft-edged paradise in comparison to the lives of children here. This is one point of comparison between home and Zambia I am willing to draw to the fullest. The children I see here are happy, lively, inventive, loving, and run through a big green world. They can also die if they get diarrhea.

Last week, Stan’s mother came to tell me that our neighbor Eunice’s niece had died. “Oh, no,” I said. “How many years?”

“Five years,” she said. Here, we both paused.

“I don’t know,” she said (a common reply), and started to walk away. Then she turned back.

“There was blood,” she said, and coughed to illustrate. She motioned with her hands to show the blood coming out of the little girl’s mouth. Her family rushed her to the village clinic, and she died there, and no one knew why.

And that was that. There is no more to the story.

One day, I was showing my host family children some pictures on my camera from America. We came to some old shots from an Easter egg hunt. I had even recorded a brief video, and so we watched it together. I explained what the Easter Bunny was, and that it brought candy to children in the eggs. Their faces were blank with disbelief. I literally felt embarrassed. At one point, a child wandered by onscreen with a bag almost overflowing with treats. “She has a lot,” said the eldest in the group, Benny, and the rest made noises of wistful acknowledgment.

I decided right then and there that there will be an Easter egg hunt on this compound this year. Oh yes: there will.

I'm a Rural Education Development Peace Corps volunteer, living and working in Zambia. The contents of this website are mine personally and do not reflect any position of the U.S. government or the Peace Corps. 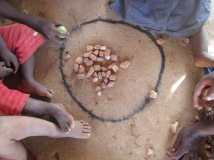 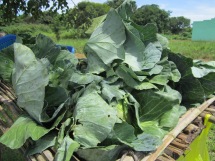 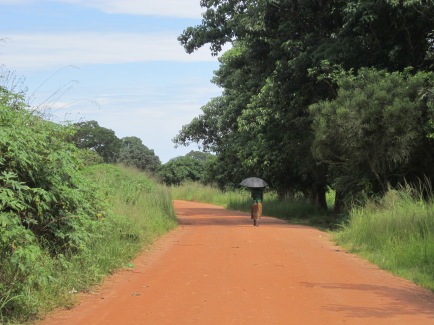 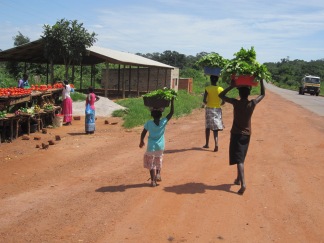